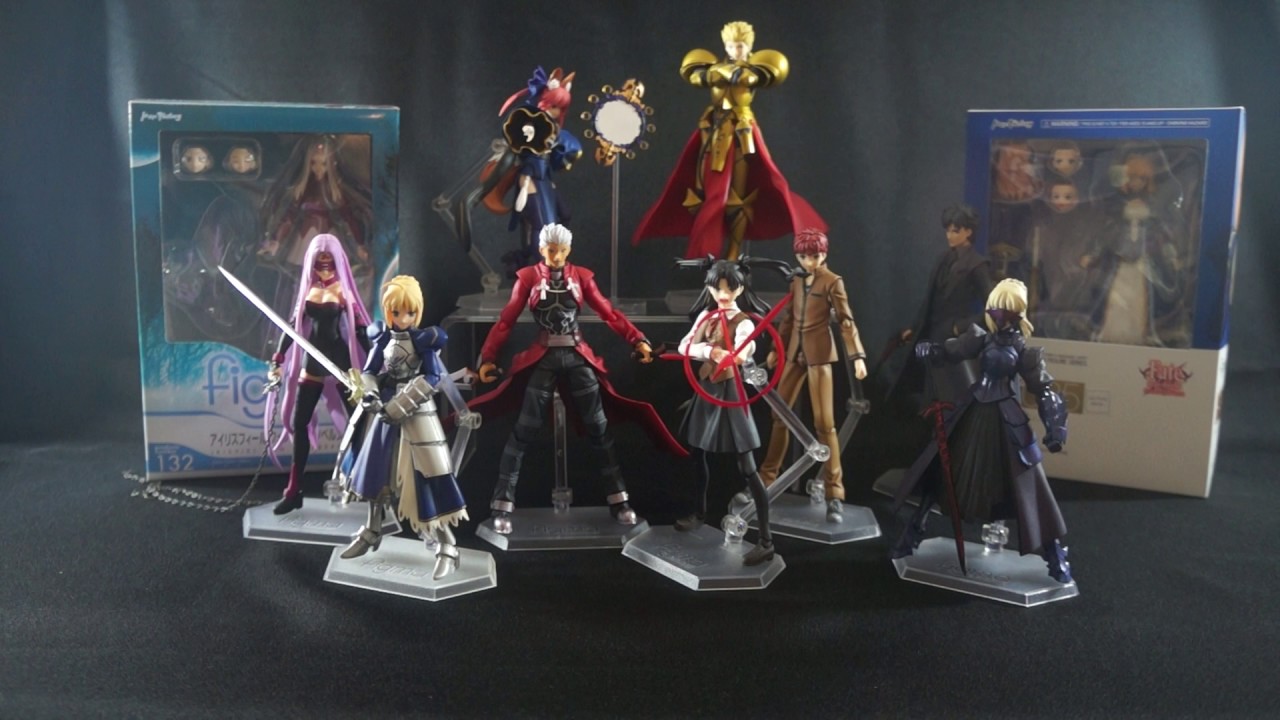 Fate universe is rapidly expanding with every new anime series or game. Remember when there was only Fate/Stay Night? Now we have over 20 series and/or spin-offs, together with games like Fate Grand Order. You get the sense that the creators really care about the series, and that they’re equally as passionate about the series as fans are! Astolfo, Rider of Black is a son of an English king and one of the Charlemagne’s twelve faithful Paladins. Among the Twelve Paladins of Charlemagne, Astolfo is said to be the most handsome, eternally optimistic and completely lacking in a sense. Those properties of his are greatly shown on this figure while his optimism is seen through his pose and expression. Mordred, a saber class servant with the title of “The Knight of Treachery” is an incredibly powerful knight who is at the same time Camelot’s heir. She is extremely prideful and haughty, boasting herself to be equal or better than her father in the ways of ruling and swordsmanship.

That pride and boasting on the figure, the smirk, the pose says it all! Artoria Pendragon is a saber class servant and is one of the main characters in Fate/Zero and Fate/Stay Night. She is the “Once and Future King” and a legendary hero of Britain known as King of Knights.

This figure is perfectly based on her personality, which is a strong-willed woman who always speaks truthfully. Respectable for her courageous and determined mindset as well. Chloe von Einzberg, also known as Kuro (Black) is a twin existence formed from Illya's original self in Fate/kaleid liner PRISMA☆ILLYA spin-off series. She also appears as an archer class servant in Fate Grand Order. Chloe is generally very calm, but is also devious and manipulative, picking up on subtleties about people and using them to her advantage.

This version of Chloe looks stunning and with her cheerful attitude is sure to give you energy for the upcoming day. “Kindness, Humility, Honesty, Purity, Faith - the Maid's heart carried only these things and nothing else. Whatever thing men call great, look for it in Joan of Arc, and there you will find it.” - Mark Twain

This figure clearly shows those aspects, there is no creature that is purer. Miyamoto Musashi is a saber class servant. She’s a swordsman from the early Edo period, renowned as the strongest swordsman in the history of Japan. She founded a school of swordsmanship and a martial art that involved dual wielding katana and a wakizashi.

She cannot be found in any anime series because she is originally from Fate Grand Order game.

However, that doesn’t stop her from having an amazing figure that masterfully shows every single part of her. Frankenstein, or as players of Fate Grand Order like to call her, Fran, is a berserker class servant of the Black Faction in the Great Holy Grail War of Fate Apocrypha. She has no linguistic abilities due to “Mad Enhancements” skill, limiting her responses to head-shaking and grunts.

She is stunningly beautiful, even though she is a berserker.

This figure definitely knows how to show that, with its great quality that will definitely leave you breathless. Rin Tohsaka, a master of a servant in the Fifth Holy Grail War. Rin was brought up as the successor to her family's magecraft and was instructed by her father to prioritize magecraft over her own interests.

Rin had wanted a Saber-class Servant (Artoria Pendragon) but got Archer instead. Her first meeting with Saber involves nearly getting killed by Saber while simultaneously becoming stunned by Saber's beauty.

She is perceptive, serious, resourceful and highly competitive.

This figure highlights her cheerful side with very detailed quality and vibrant colors!

Shishou Scathach is a lancer class servant that can originally be seen in Fate Grand Order. She is a warrior from Celtic Mythology’s Ulster Cycle, a Queen and a Gatekeeper of the haunted ground called “Land of Shadows”.

She is a masterful spearman and rune magecraft with power so fierce that she can open and close the Land of Shadows.

Shishou has a personality of a respectable teacher with true care and wisdom, and this figure displays that immensely. Jack the Ripper is an assassin class servant of the black faction in the Great Holy Grail War in Fate Apocrypha. She can also be found in Fate Grand Order as one of the rarest servants.

She’s a young girl who embodies contradiction itself, displaying a childish manner of speech, but maintains a truly quick wit. Her personality is both pure and cruel and is inclined to repay cruelty with cruelty.

Overall, she’s an amazing servant with an amazing figure with unmatched quality!