This past weekend I was able to attend the kick-off for the Fate/Grand Order USA Tour 2019 over in Los Angeles. Throughout 2019, the FGO USA Tour will visit several conventions in Illinois, Georgia, and New York to celebrate the franchise with fans. The first one in Los Angeles was a dedicated event just for it while other future stops will have a booth at Anime Central, Anime Weekend Atlanta, and Anime NYC. 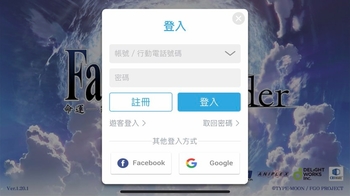 Fate/Grand Order in Taiwan is run by a third-party company, GameFlier. They have implemented account binding and recovery options not present in the Japanese and English release of FGO.
As always with anything FGO related on RPG Site, I was able to sit down with Creative Producer Yosuke Shiokawa from DELiGHTWORKS Inc. to discuss the game and the event itself that spanned throughout the weekend.

This time around, I want to give a fair heads-up to our readers. There were limitations in place on what could be asked; questions concerning the Japanese version of FGO, any other version of FGO, and future events yet to happen in the English release of FGO weren’t allowed. One of the handful of questions I wanted to bring up was FGO Taiwan’s Facebook and Google options to bind user accounts for recovery, but I unfortunately could not bring that up.

With that said, here is my interview with Shiokawa-san at the FGO USA Tour 2019 kick-off.

RPG Site: What were the big challenges in constructing the Fate/Grand Order USA Tour event?

Yosuke Shiokawa: This kind of event is not possible without, to say the least, the players of this game. If we didn’t have as much fans as we do now, this event wouldn’t have happened. So y’know, it’s all thanks to the development team and the PR team; we wanted to show our gratitude towards the fans. This is all thanks for the support of the players for the past two years and such. I guess what we’d call “difficult” is that we were able to obtain and retain this amount of players from the development side.

RPG Site: What were the biggest surprises that you saw over the weekend as the event was happening?

Shiokawa: This was actually very clear throughout the panels throughout the weekend. I noticed that there were a lot of cosplayers. There were way more cosplayers for this event than I have seen in any other conventions and events in other places. There were also other cosplayers who were cosplaying characters that aren’t released yet in the English version out there. That was the surprising part.

RPG Site: What are some of the differences you’ve noticed in the environment, the tone, and the culture between events of this nature in Japan compared to holding this kind of event now in America?

Shiokawa: The user participation and enthusiasm is more apparent in the United States than in any other region. As I was out in the last FGO Special Panel just now, I saw that the reactions and the enthusiasm is very much out there by the fans. Compared to what I saw today, I probably would not have seen as much apparent enthusiasm by some other fans in other countries and cultures.

RPG Site: Did the number of people who attended the FGO USA Tour exceed your expectations from what you initially pictured in your head? 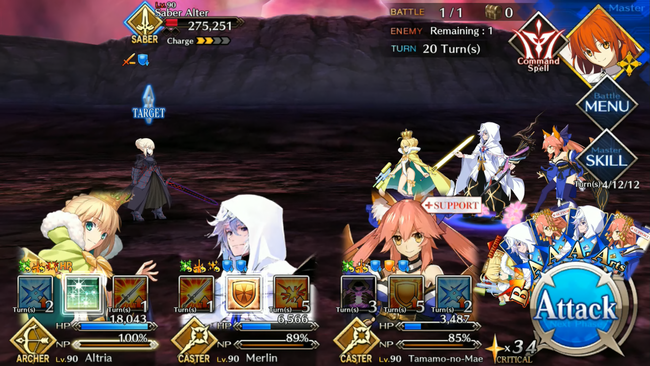 RPG SIte: Over in Japan, there have been stage plays for Fate/Grand Order’s Camelot and Babylonia chapters with FGO The Stage and the Fate/Grand Order Orchestra Concert this April. Is there any chance that these special events will come to North America in the future?

Shiokawa: That’s up to Aniplex.

RPG Site: Last year, Fate/Grand Order’s English release expanded to other territories with Australia, the Philippines, Singapore, Vietnam, and Thailand. Are there plans to bring F/GO to other regions this year and if so, which regions?

Shiokawa: I can’t go into any details, but I want to is my answer.

RPG Site: What are your biggest hopes for the future of the English release of Fate/Grand Order?

Shiokawa: Since there’s four Epic of Remnant story chapters for Part 1.5, our goal right now is to produce something with a high quality and provide English users a high quality release for these chapters. As for the game itself - my thought is that right now, the game is at its best. But next month, it will be much better and as we go forward, the game quality should continuously go up. That’s probably what English users look forward to.

RPG Site: Lastly, give us a little tease for what we can expect for the 2nd anniversary of Fate/Grand Order’s English version.

Shiokawa: Look forward to it. Something big will happen.

Shiokawa: Um well, not big - something… just look forward to the 2nd anniversary. We will not disappoint.

RPG Site: Thanks so much for your answers and your time, Shiokawa-san! 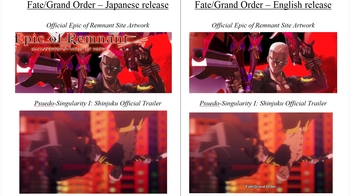 A new four-part story arc, the Epic of Remnant, just began in the English release with the first part set in Shinjuku. In the marketing campaign for the Shinjuku part, there were noticeable design changes to one of its characters, Emiya Alter. He exhibits a lighter skin tone compared to his design in the Japanese version of FGO. The changes extend beyond the marketing and all in-game assets, artwork, and in-game models for Emiya Alter also reflect the changes. I was stopped mid-interview from asking Shiokawa-san the reasoning behind the changes and if there would be similar alterations to other characters in the future.

After my interview with Shiokawa-san, I briefly spoke with a representative from Aniplex of America about the matter. She claims that “it’s because it wasn’t Shiokawa’s sole decision; it was more of a group decision and it isn’t fair for him to be the spokesperson for that decision.” I assured her that I understand and thanked her for giving RPG Site the opportunity to interview Shiokawa-san once again.

Aniplex and DELiGHTWORKS Inc. has not given us an official statement regarding the changes in Emiya Alter’s design at the time of publishing this piece.